Recently I introduced the “Fashion Fetish”-Project by SHOWstudio. They announced to accompany the artistic creations with essays by female journalists. So, here we go. The really interesting “Unpicking Fetish – Lips” by Lou Stoppard. It’s on red lips.

Rather, it’s about “fashion’s lip-love (as) part and parcel of its general fetishisation of the female form.” Stoppard writes that “lip fetishism is common (…) an admiration for the female mouth is seen as natural and normal.” So it’s no surprise when “the fashion world pays lip service to the painted pout season after season” and “fashion photography has heightened the appeal”: “editorial photographers obsessively idolise open red lips, so suggestive, so full of seductive promise.” The reason she gives, is that “while breasts and bottoms might be over-the-top, lips are the comfortable sex symbol. Rude, but not quite pornographic.”

Then we can carry on with Cleopatra. According to Lou Stoppard she “is said to have engineered a special lip-stain made from crushed beetles.”

Now, let’s take a huge leap. Its access to mainstream culture gained the lipstick during the 1920ies and 1930ies. Since then arose many icons of red lips. Besides Marilyn Monroe and Madonna, take for instance Paloma Picasso and her Red Period.

Her red lips were called “her calling card” which gave her two possibilities. First, the grace of anonymity when not putting on red lipstick: “Red lips have become my signature, so when I don’t want to be recognized, I don’t wear it.” A fact she interpreted as a similarity to Kabuki: “Your face is a mask. You are putting yourself onstage, but you are also behind it.” That statement is affirmed by Elise Estrada’s song “Lipstick” when singing among others:

“I know the lipstick won’t fix it / But I’ve gotta put my game face on / I wish Mascara could mask this / Until all the tears are gone / I’ve gotta paint the pain away / Make like – I’m O.K. / Pretend I don’t wanna stay / Act like this ain’t killing me”

Second, Paloma Picasso designed Mon Rouge in 1987. This lipstick was manufactured by L’Oréal, advertised wit the convincing slogan “is endorsed by the values of seduction and passion”, and (thus) became a top-seller around Europe.

Another icon is Katherine Heigl with her vermillion Escada dress she wore at the 80th Acadamy Awards.

Cosmopolitan magazine declared the dress as one of the best Oscar dresses of all time. But what’s a dress without lipstick? That’s what you can read on cosmopolitan.com:

“From the blond curls and red lips down to the train of her Escada goddess gown, Katherine’s Old Hollywood style finalized her reputation as a sex bomb. We love the way she looked totally relaxed in the dress, as if she’d been wearing it to lounge around in all day and just happened to show up at the Academy Awards.”

Probably more than 5000 years of red lips, who can resist? Gays? No, even they are attracted by them. The Gay Report from 1979 writes about the “Bambi effect”: “where the young males in spring all suddenly turn their attention away from each other towards females with puffy cheeks, red lips, batting eyelashes, etc. – where even Bambi and Thumper don’t need each other any more” (p. 108). Maybe that is no surprise since the only two famous or notorious examples of men wearing red lipstick are clowns and were the, quite racialist, therefore justifiably banished, “darky” iconography of the Blackface (http://en.wikipedia.org/wiki/Blackface).

Just call into mind the introductory question Stoppard poses: “Advertisers may tell us to wear make-up because we are ‘worth it’, but what is ‘it’? Are we ‘worth’ the male gaze? Should we be striving to be ‘worth’ the sexual attention a red lip will garner? Is this what lipstick is – a visible green light for male advances?”

Alesha Dixon is also sick of and stressed out because of that male gaze. In her song “Lipstick” she sings:

“Why do you think that every girl out there’s your enemy? / You’re looking at her with the green eyed filled with jealousy / It is not the way it’s supposed to be / So c’mon ladies dance with me / And I’ll tell ya / No, no , no, no, no, no, no // Turning up with your jewellery on / Making moves with your lipstick on / Want some of that cushy stuff / Let’s jump when the music’s on / All my girls living up till dawn / Want a little bit sing this song”

What she wants to say is: “I know the girls inside there wanna get on with the ladies”.

Lou Stoppard points out an ironical problem: “The made-up face has become an emblem of feminine eroticism. Women who eschew make-up entirely can be marginalised – seen, ironically, as rejecting their ‘natural’ femininity.” Hence she asks once again: “Advertisers may tell us to wear make-up because we are ‘worth it’, but what is ‘it’? Are we ‘worth’ the male gaze? Should we be striving to be ‘worth’ the sexual attention a red lip will garner? Is this what lipstick is – a visible green light for male advances?”

And her answer is strongly questioning. Red lips stand for female services, for women in use, but they won’t tell anything about her as an individual.

“Women who sport red lipstick daily say it has become their armour – a habitual crutch. But as with the high heel or the corset, fashion has fetishised an item that does not enhance or aid women’s abilities or talents, but rather hinders our stability and strength. The small waist, crushed elevated foot and red lips that transcend street, catwalk and sex shop are one and the same – a seemingly subtle, yet strangely obvious, sandwich board for overt sexual appeal. By applying red lipstick, we turn the attention away from what our lips can say about us, to what our lips can do for others.”

3 responses to “Red lips. (From sex to clownery to vilification.)” 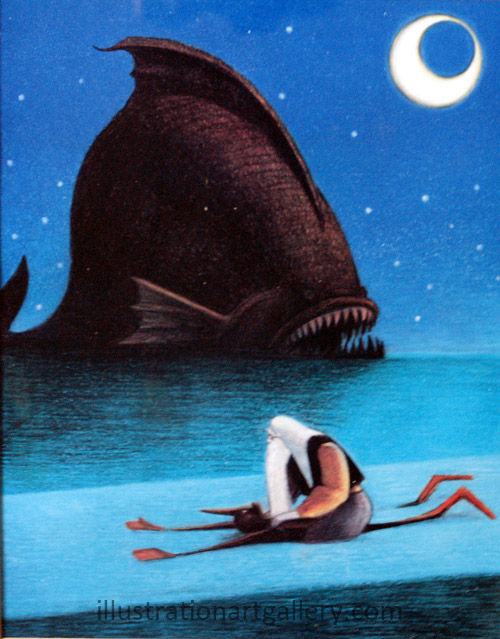